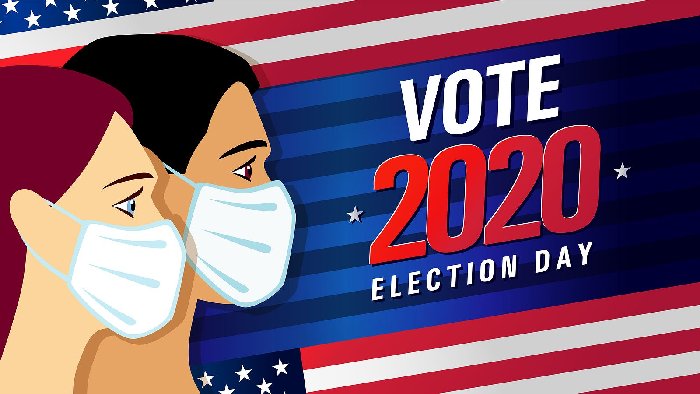 I’m shocked, I tell you… just shocked! Not. In a profoundly predictable move, a Joe Biden campaign source is using President Trump’s coronavirus diagnosis to cast doubt on the next presidential debate, scheduled nearly two weeks away. That makes no sense as the president would be emerging from quarantine at that time. There’s no reason not to hold the next debate except that Joe Biden potentially has dementia and cannot string two sentences together in a meaningful monologue. But it does provide a golden excuse for Biden to bow out of the debate.

NEW, THIS. Biden senior source on next presidential debate (Oct. 15):

– No one had talked about it, but it’s —> “hard to see that debate happening” as it is planned now.

– Pointed out the president is not just COVID positive but is actually sick.

PBS journalist Lisa Desjardins was the one who quoted a “Biden senior source.” The source evidently said that it is “hard to see that debate happening” between Trump and Biden on October 15th.

Is anyone surprised by this after the last contentious debate where Trump let Biden have it full force? Several Democrats and Biden allies are now calling on the cancellation of future contests. Who didn’t see that coming?

We don’t need another presidential debate. Cancel the next 2

“We don’t need another presidential debate,” U.S. Rep. Jackie Speier (D-CA) tweeted out. Cue the talking points – you’ll hear this one repeated a thousand times now from everything leftist media hack out there.

This was followed by MSNBC contributor Jill Wine-Banks who posited that Trump’s debate methods meant there should not be any more opportunities for voters to see the candidates lock horns face-to-face over election issues. Weak tea to say the very least and typically Marxist in nature.

.@NicolleDWallace just correctly said Trump abused the process and that future moderators need to have a plan to stop it. I think the answer is either 1. cut off Trump's mic when he does his thing or 2. cancel future debates. Tonight served no purpose.

Echoing former George W. Bush staffer-turned-MSNBC host Nicolle Wallace, Wine-Banks stated, “Trump abused the process and that future moderators need to have a plan to stop it.” You know, cut off his mic like they tried to do to Reagan. This no doubt includes silencing Trump when he attempts to engage his opponent, or just “cancel future debates.” Any excuse will do here. I wouldn’t be surprised if Biden suddenly tests positive so he doesn’t have to debate here if nothing else sticks.

Pittsburgh sports journalist and self-described “comedian” Gene Collier said, “there was no point to this debate because there is no point in asking Donald Trump a question. He thinks things are true because he says them, and thinks any truth he doesn’t like is fake.” In other words, Trump is a liar and Biden is too good to debate with him on any stage or through any venue.

As I predicted in my column this morning, there was no point to this debate because there is no point in asking Donald Trump a question. He thinks things are true because he says them, and thinks any truth he doesn't like is fake. Cancel the remaining debates now.

Former MSNBC host Melissa Harris-Perry also put her two cents in on future debates and why they should be canceled:

Yes. Cancel them. The debates are now a danger to public safety and a direct threat to Black life. Cancel the debates. https://t.co/e2OUyjW4Na

“The debates are now a danger to public safety and a direct threat to Black life,” she said. Oh, hogwash. How deeply stupid can you get? Evidently deeply, deeply stupid.

The next presidential debate is scheduled to take place on October 15th in Miami. I doubt it will take place. It does not benefit Biden and in fact, would hurt him a great deal. Look for his campaign to nix it. I’m sure they are way too busy stealing votes and rigging the election to deal with another debate where Biden drools, loses his place, and forgets what he is doing and saying.

Progress demands censorship evidently and the controlling of a political narrative. Welcome to America 2020 comrades.