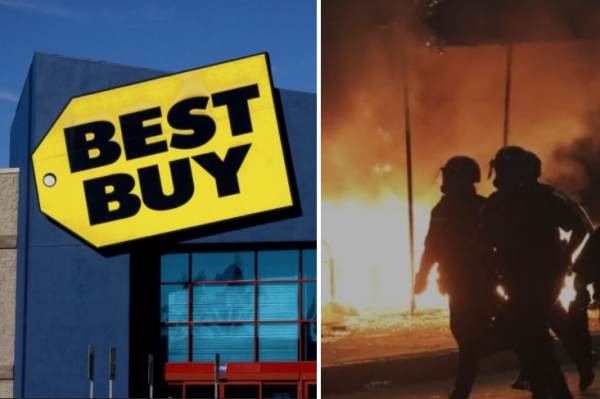 This makes no sense. Yesterday after the Grand Jury’s decision on the Breonna Taylor case came out, violent protesters have hit the streets once again to throw their destructive tantrums. People have been hurt, property as been damaged, and police officers have been shot at and put into the hospital. The facts of the Breonna Taylor case are out there for everyone to see. Yet, it feels like the left and those who are not paying attention to the truths, don’t care about the facts.

Despite all this, Best Buy an enormous corporation with thousands of employees decided to send an email out to all their employees about their opinion on the case and offering time off for their employees who needed to mourn the court’s decison.

With everything that has been going on, nothing should surprise us at this rate….but this still does.

This is the email: 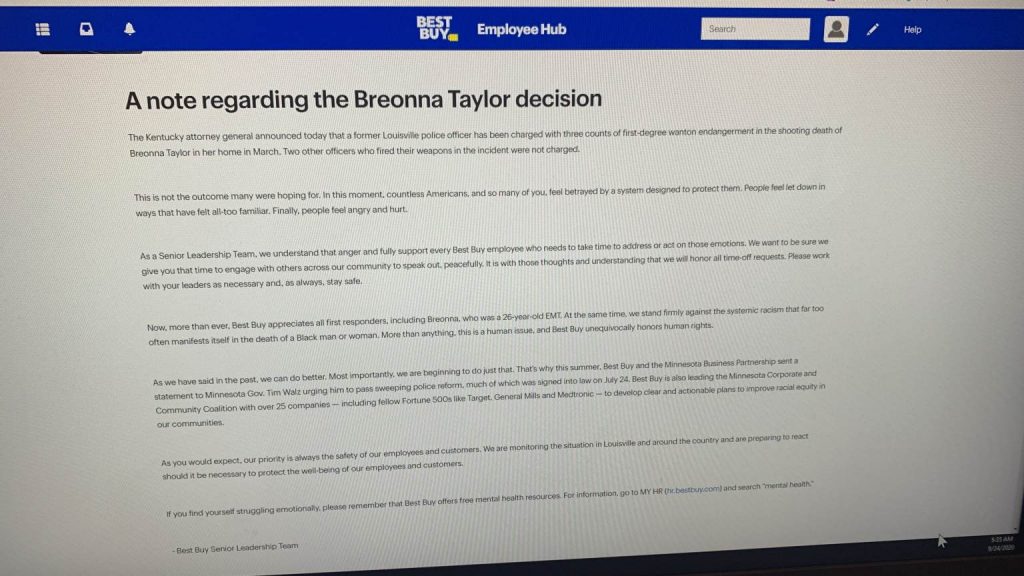 So now Best Buy can tell their employees how to think and wrap it up with a pretty bow of ‘you are a victim please take time off, we support your need to mourn over your oppression.’ In this way, most that have gone to public school in the last 20 years have been trained to look at Best Buy like they are a hero so their ‘opinion’ on the case must be right.

Instead of being a free thinker and following the facts to formulate their own opinion?

Since the grand jury gave its verdict on the Breonna Taylor case things have gotten even more heated.

These violent protesters are being painted something they are not. What they are not…is a movement. They are dangerous, violent, and they are terrorizing Americans.

They harrassed local diners, and even surrounding a couple who were dining at the restaurant and proceeded to scream at them. These violent protesters entered places of business and started turning over tables and breaking chairs, destroying property and terrorizing innocents.

What are you talking about Best Buy?

Man… the good guys alway win in the very end. Always. But it’s sure a pain in the you know what to watch people’s brains turn into mush and act without any logic.

What do you think about Best Buy’s email?