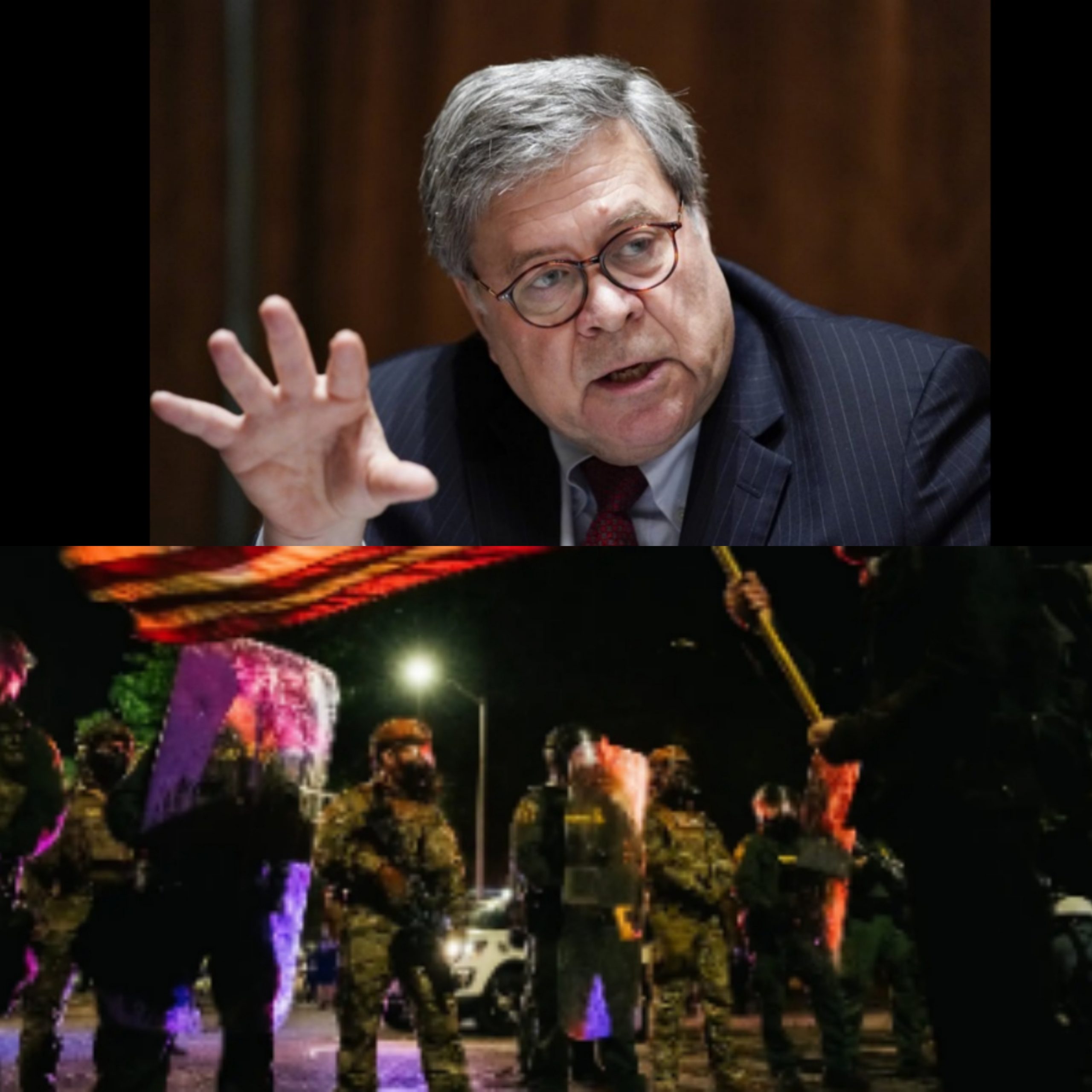 Back in the 1690s during the Salem Witch Trials, the people of colonial Massachusetts experienced the darkness that comes with a ‘rule by the mob’ mentality. The townspeople and their self-serving ways and twisted unified belief led to them becoming past-feeling. A wave of hysteria overpowered the logic of the law.

Now Attorney General Bill Barr warns of this same ‘rule by the mob’ mentality as Democrats show us if Joe Biden does not win, they will not be peaceful about their loss. It seems that Democrats maybe realizing that Joe could lose in November, despite rumors of a rigged election in Joe’s favor.

There has been a steadfast resistance to the Trump presidency, and AG Bill Barr is warning where their behavior can lead to.

In an interview with WGN Radio Attorney General Bill Barr held no punches:

“The so-called “Resistance,” which is not a proper term to use in our democracy — you know, instead of loyal opposition, it became actual resistance. There undoubtedly are many people in the government who surreptitiously work to thwart the administration, and the turn now to the mob violence, and the countenancing of mob violence, is another very disconcerting development, because I think, increasingly, the message of the Democrats appears to be, “Biden or no peace.” … That is rule by the mob, and we’re approaching that.”

During the interview AG Bill Barr reminded Americans that this is the most important election in our lifetime. This is for several reasons, the most threatening reason however being America turning into a socialist country.

“I think we were getting into a position where we were going to find ourselves irrevocably committed to a socialist path, and I think if Trump loses this election, that will be the case. In other words, I think there’s now a clear fork in the road for our country.”

There is truth in his words. A clear fork for our country has formed due to the divide that has been built upon a foundation of lies, hypocrisy, and self-serving intentions.

The most destructive form of hypocrisy practiced by corrupt leaders is ‘projection’. This is when one shamelessly accuses another of immoral or dark behaviors that they themselves are literally guilty for. Corrupt Democrats and those who have power use this wicked skill against their victims. Right now those victims are Americans who have become numb or are completely unable to recognize truth and lie. Those who believe in the lies do not care or even hear what the corrupt are saying because they are mesmerized by ‘HOW’ they are saying it. This is how their dark deeds are hidden plainly in sight.

How is this form of corruption reversable? How do we weed out the corrupt and hypocrites that are poisoning our country’s law and order?

Is there a remedy for this level of ignorance? Let us know your thoughts in the comment section below.